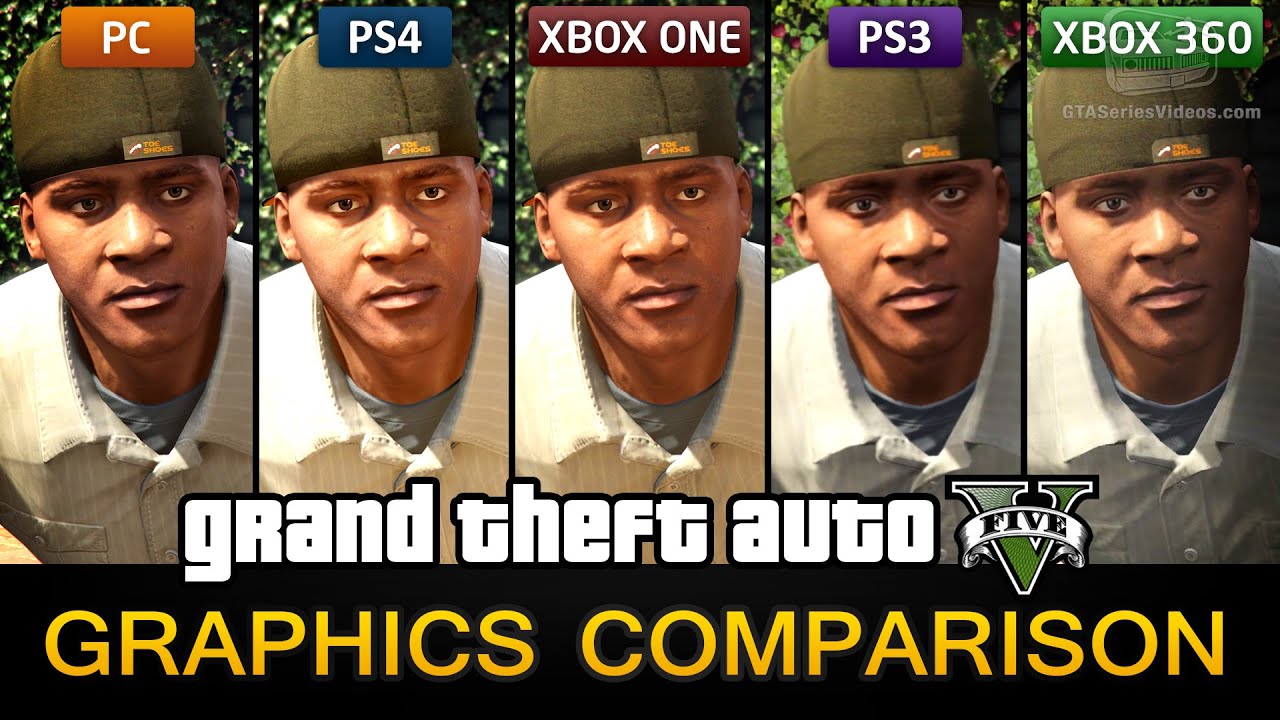 The in-game footage of GTA V for PC has been captured in 4K resolution (3840×2160) with most of the graphics settings maxed out, while the footage from PS4, Xbox One, Xbox 360 and PS3 has been recorded with the same device using default settings.
The resolutions of the clips from PC, Xbox 360 and PS3 have been resized to 1080p to match the rest of the video.