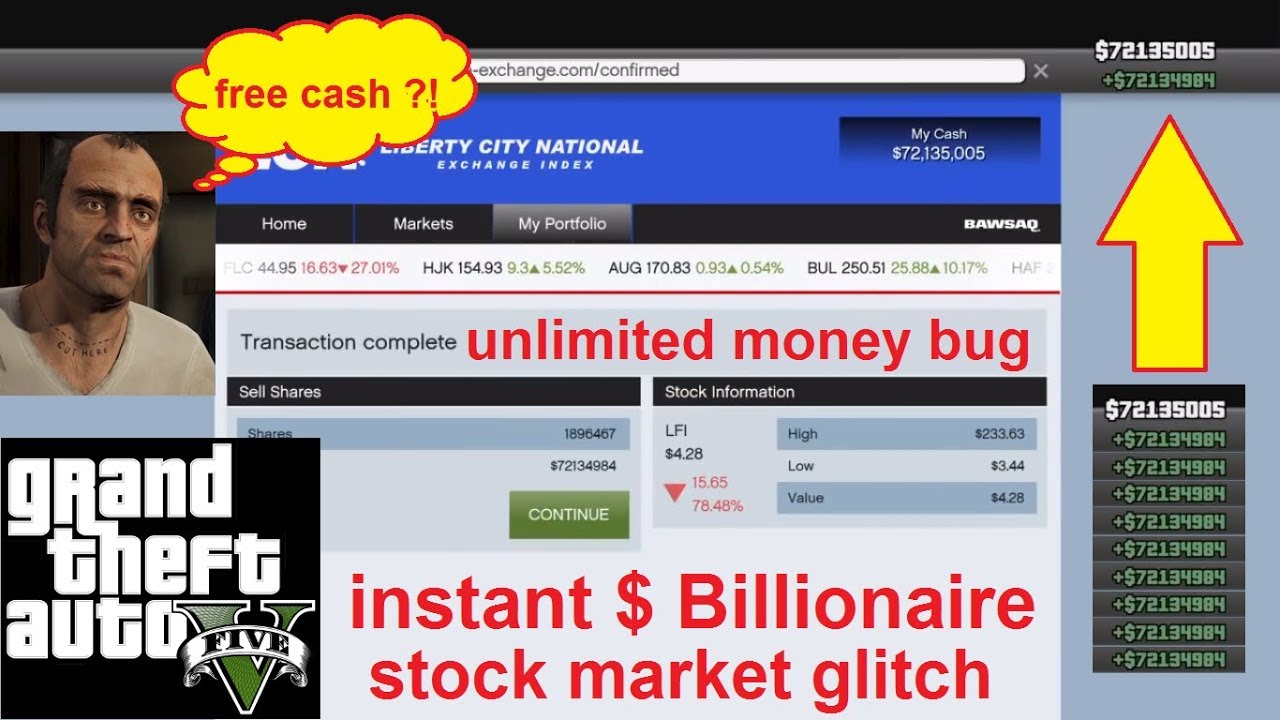 Michael always was a snake… Not surprised he and Franklin were cheating the stock market. Gangsters? More like Banksters…

INSTRUCTIONS + IMPORTANT + THINGS TO TRY IF IT DOES NOT WORK + ABOUT THE VIDEO (below):

1. progress the story to at least after Lifeinvader mission* and open LCN stocks
2. sort by % change
3. invest in worst negative % return (should be Lifeinvader but sometimes it works on other stocks)
4. instantly** sell (ignore the % return, even if it says you…